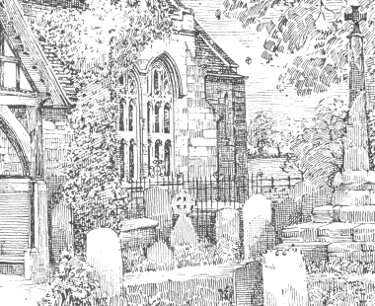 from Samuel Bentley, History of Bosbury 1891

In the churchyard are two tombs encompassed with iron rails adorned with the arms of Brydges thus inscribed:

(Here) lies buried William Brydges of Old Colwall, Gentleman, in the parish of Colwall, the oldest son of Thomas Brydges and his wife Joan.
And his wife Ursula, daughter of John Drew of Dymock, Gent in the county of Gloucester.
His sons, William, John, Thomas & Richard (four pledges of mutual love).
Mourned very much by his wife and children, he departed from life on the twenty-third day of July in the year of our Lord 1704, he was aged 63. 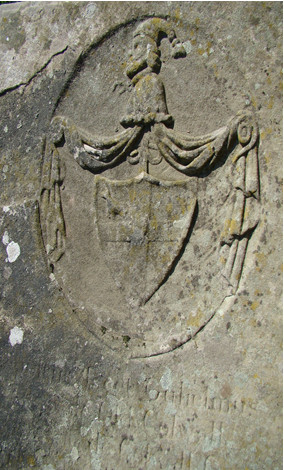 In memory of Thomas Brydges, Gentleman, whose death was on the sixth day of April in the year of our Lord 1692, aged 89. And he lies in this tomb near the remains(?) of his father William Brydges, Gent.

To clarify, Thomas (d. 1692) was the father of William (d. 1704) but mention is made of an earlier burial of Thomas’s father, also called William. BSS