In December 2016 these three ledgers were discovered following the death of Robert Millington whose father John (Jack) had been foreman at ‘The Farm’ Bosbury. [Note: There is often a slight confusion in that this is the actual name of the farm]. The farm is one of several owned by the Hawkins family shown on this contemporaneous letterhead. 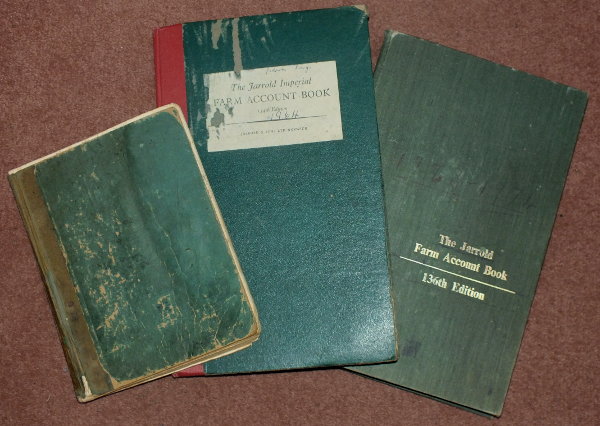 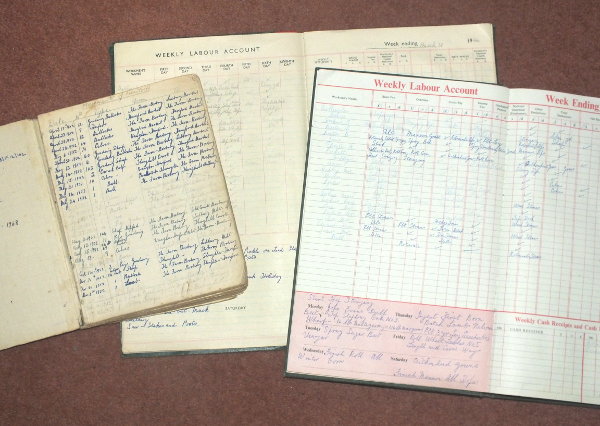 The following details have been extracted. The original ledgers are held at The Farm.

Part 3, written from the back, records individual cattle and ear tag with probably the date of birth and tag reference of its offspring from November 1971 to February 1976. The first entries are confusing:

And the last record:

This records the daily work record of people employed at ‘The Farm’ through 1964 to 13 February 1965 and their daily jobs. It forma a detailed record of work on the farm. The first entry is for week ending 28 March 1964 when 21 people were employed.
See the page

By April they were manuring crops and scuffling and rolling fields.
See the page

Through spring and summer there was planting beet and mangolds, mowing grass for silage, a lot of spraying and weeding, picking currants in July, picking strawberries, combining oats and baling oat and barley straw in August and then in September extra workers arrived for the hop picking.
See the page

In October life was back to normal.
See the page

Crop varieties mentioned are Peniarth Oats; Huntsman and Champlain Wheat; Sultan Barley; Brewer, Challenger and Fuggles Hops. They also grew currants, strawberries, sugar beet and mangolds. The book records the estimated crop yields for 1973 — 74 tons of wheat, 54 of oats and 29 of barley. They also had 110 sheep being sheared.

In March Stringing for the Hops begins:
See the page

The five weeks of the Hop Picking are particularly interesting.
3-8 Sept. 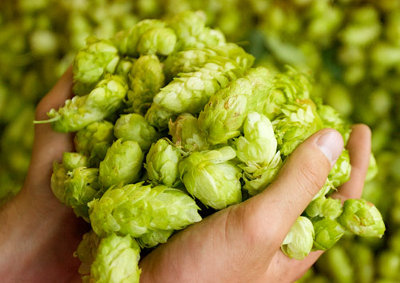 It mentions a total of 495 pockets of hops being produced. A hop pocket is a long sack which, when filled with compressed hops, weighs between 75 and 100 kilos, that is 1½ to 2 hundredweights. 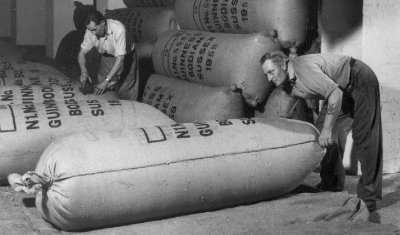