Bosbury Show started around 1874 when it was reported in the Worcestershire Chronicle. A later newspaper report of 1900 confirms that it had been held for a quarter of a century. It was a fete with horse racing up until 1920 when our survey begins. 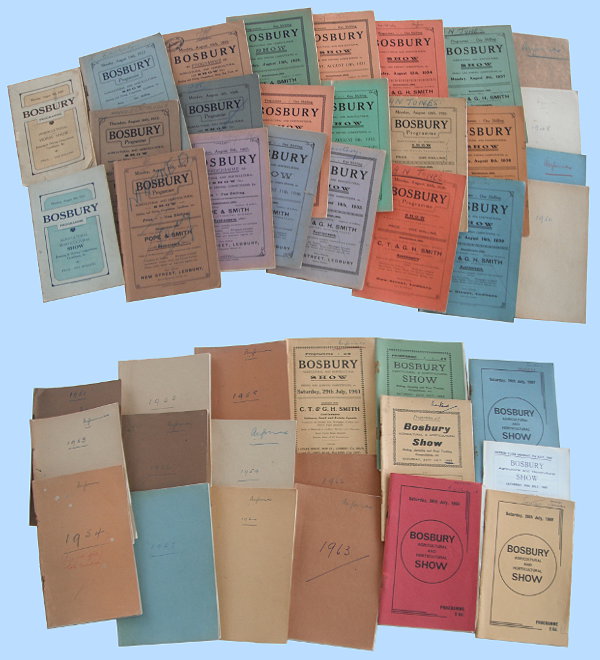 In the period from 1920 to the last show in 1969, there were 42 shows in all. The six years from 1940 to 1945 are missing because of the Second World War and in 1952 there was an outbreak of Foot and Mouth disease and in 1968 Brucellosis restrictions. In 1920 the show was called the Bosbury Horticultural and Horse Show, its president was Brigadier-General W.G.Hamilton and its patrons included the Earl of Essex, Algernon George de Vere Capell of , Lord Somers of Eastnor, two colonels, two majors (one an M.P.), and two Masters of Fox Hounds, Sir George Bullough and J. F. Twinberrow. There were 13 judging classes for horses with four jumping events and 21 classes for horticulture and poultry. The day finished with a Tug of War between two football teams from within 8 miles of Bosbury.

The 8th Earl of Essex

In 1921 the show was renamed the ‘Bosbury Agricultural and Horticultural Show’, W. Sivel Lane from The Farm, Bosbury, was Chairman and J. K. Job, Secretary. The programme now included six classes for Cattle and six for Sheep. The cattle classes concentrated on the Hereford breed and the sheep classes singled out Ryelands.

In 1925 the show incorporated a new element, an Open Sheep Dog Trial with a 1st prize of £15. Ten competitors entered, six from the sheffield area. It was won by Mr S. E. Batty of Kiveton Hall, Sheffield. The next year the President of the English Section of the International Sheep Dog Society, Mr J. B. Bagshaw gave an exhibition with his Championship Winning Sheep Dogs, “Lad” and “Sweep”. The following year sheep dogs were absent from the show but the Worcester Municipal Military Band performed a musical programme.

1929 was the first year in which‘Honey and Wax’ appeared as a class in the Horticultural Show. This event had started with 21 classes in 1920 and swelled to 72 classes in 1967 which included Vegetables, Fruit, Flowers, Flower Arrangements, Honey, Eggs etc.

Various people supplied the regular lunchtime refreshments, in 1933 it was J. D. Bexon from the Falcon Hotel in Bromyard and in 1934 Mr A. G. Parmee from the Feathers Hotel in Ledbury. 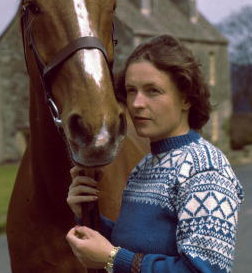 One name stands out at the 1950 show. Miss Pat Smythe, aged 21, of Miserden House, Stroud, Gloucestershire worn first prize in the Horse Jumping Competition on her grey 8-year-old mare, ‘Leona’.