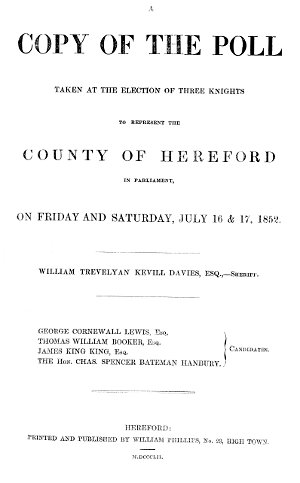 At the Nomination of Candidates held at the SHIRE HALL, HEREFORD on TUESDAY, JULY 13th;—

FINAL STATE OF THE POLL AS DECLARED BY THE SHERIFF.