If you have seen this page earlier, this link
takes you on to the Bosbury Register entries.

But on the night of Saturday 19 December 1942, there was a fire at a store in Hayes, Middlesex. The store was used by the Office of Works and contained the 1931 census records including the schedules, enumeration books and plans. They were all completely destroyed. This was not from enemy action. The police report stated that “it may have been due to a lighted cigarette thrown down by one of the fire watchers”.

However at the outbreak of war, a National Registration Bill had been quickly introduced. National Identity Cards were to be issued to everyone resident in the United Kingdom. Information was gathered on the night of Friday 29th September 1939 from a legal document (shown below) given to 41 million households. Information to be included was:— Residence / Name / Sex / Date of birth / Marital status / Occupation and ‘If member of armed forces or reserves’. Where a woman was single in 1939 but married later, the record will have her married surname written in above in red. In the Bosbury transcription, I am giving her census surname followed by her later married surname in the next column.

This is an example of the cards that were issued, in this case for someone under sixteen (actually me). 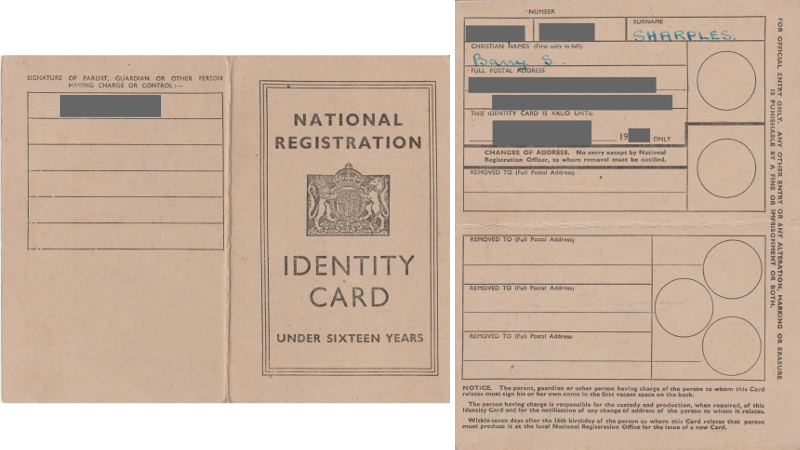 A card was needed to obtain ration books and, when the threat of invasion seemed imminent, everyone was advised that the card must be carried at all times.

The Registers were compiled by copying the information from the household returns. Since these were handwritten by the householders there are occasional transcription errors. And because the Register books were used for over 50 years, many pages are damaged and have been repaired with adhesive tape!

From 1948 the Register was used as the new National Health Service (NHS) Central Register. The Identity Card was finally abolished in February 1952, but the NHS continued to update the Registers until 1991 when the record went digital. The original registers are held by the Health and Social Care Information Centre office based in Leeds (now given a new trading name, NHS Digital, from 2016).

However from 2 November 2015 the Register was made available online by FindmyPast.co.uk to subscribers paying an annual fee of around £100.

Two things to note. The Enumeration Books which defined the numbered areas have been lost so it can be difficult to link people to places. Also you need to be aware that a large number of entries are redacted (blacked out) with the words “This record is officially closed” so a typical page looks like this: 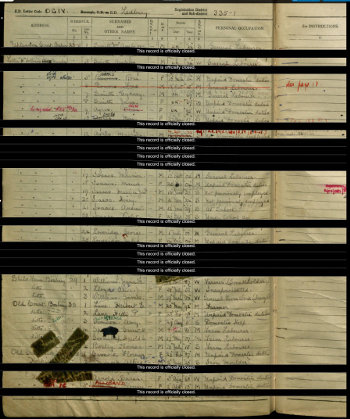 Reproduced courtesy of The National Archives. 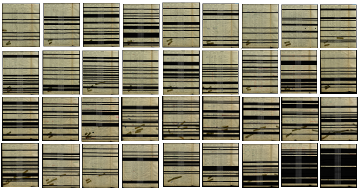 Because it wasn’t a census, the normal ‘100 year rule’ applying to the release of personal information was amended and the UK Information Commissioner decided that the details of any individual on the Register who had been born more than 100 years ago or had died since 1939 (affecting around 28 million people) could be released. The records of people born less than 100 years ago, but whose death was reported either to the National Registration authorities or to the NHS, will be opened in due course so more records will become available.

If you are sure that your deceased relative has been redacted on the Register, you can apply to have the details unlocked. If you provide a death certificate, annual subscribers of FindmyPast.co.uk can request a check of the closed records free of charge. Anyone can apply to the National Archives to have a closed record search using a Freedom of Information request form but there is a charge for this service.

The next census was due to be taken in early 1941 but this never happened because war had begun and it had effectively been superceded by the 1939 Registration.